Trauma can do funny things to a person. Some say when people have suffered unimaginable horror it’s like a fire – their life force, perhaps – goes out inside them. But Jen’s flame, far from being extinguished, took hold of her and turned into a blazing inferno. Almost overnight her personality changed so severely that she became almost unrecognisable to those who knew her; everyone except John.

He alone understood the enormity of what had happened to her on that autumnal day. He alone had seen the fear and confusion in her eyes as she turned her face upwards from the mud to look at him. There were other emotions in that look besides fear and confusion, the memory of which John pushed to the back of his mind, though sometimes they would rear their ugly head and catch him off guard. He’d seen abject terror. He’d seen shame. And, worst of all, he’d seen the loss of hope.

As he’d pulled her up from the mud she’d been insistent that no one must know what had occurred. She’d asked him to look away while she restored her modesty, had wiped her eyes with the back of her hand – leaving muddy streaks across her cheeks that he didn’t have the heart to point out to her – and that was that. As they parted ways outside her house she had embraced him tenderly but firmly, looked him square in the eyes and told him they would never speak of this again. 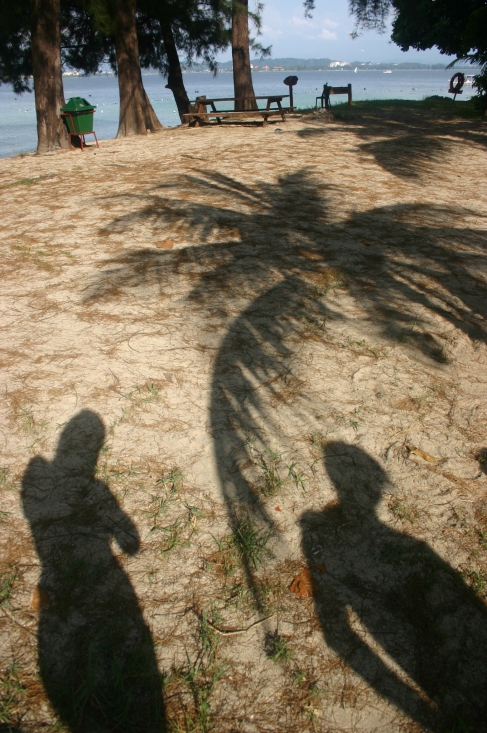 Slightly tenuous, I know, but I’ve chosen this photo because it represents someone becoming a shadow of their former selves, which is essentially what’s happened to one of the protagonists in my story. It was actually taken on Mamutik island in Borneo in what were, conversely, very happy times for me.