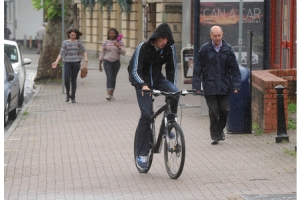 I’d already decided that today’s post would be about my latest pet peeves, but as I sit down to type this another one is being added to the list; scorned foreign gay lovers who are oblivious to the social faux pas of solidly hammering upon their (presumably now ex) boyfriend’s door for twenty minutes, interspersed with five solid minutes of doorbell ringing and pathetic pleading to be let in to explain. What makes this even more annoying is the fact it was my own boyfriend who inadvertently let the crazy perpetrator of this socially unacceptable act into the building, as he was heading out to catch a train.

Crazy scorned foreign gay lovers aside (I realise now how specific that particular peeve sounds but believe me, if you were sitting here listening to him pounding down the front door of the flat below you would, I’m certain, sympathise), the two peeves I specifically wish to reference today are as follows:

Male readers of this blog (no offence intended) may lack the capacity to fully understand how vexing the first of these points is for relatively normal women like me. Living in a country where we’re lucky to get a month of really warm weather out of every twelve, I simply cannot fathom why anyone would choose to keep their lower limbs swathed in clammy, cloying fibres when they could afford them the brief freedom of shooting the breeze sans inhibition. It makes no logical sense – and, what’s more, it looks ridiculous.

Then there are these bloody cyclists who ride rough shod over the pavement, clearly not having grasped the fact they are not, in fact, pedestrians. Don’t they see the road beside them? Have they never learned that people on wheels use roads whilst people without walk on the side? That’s why they call it the side walk, you cretins! And not the side cycle! I’ll admit there are some cycle lanes that do encroach on pavements, but those are clearly marked and designated. I take no issue with people using them. It’s the ones who cycle on normal pavements who really get my goat. And the worst thing about them is the way they meander and weave amongst the walkers, as if they’re actually courting a rush hour beating (not that I condone violence, but honestly, these people test my patience almost beyond measure).

So there you have it, Belle’s Pet Peeves of the Day. Maybe I should make this a regular feature, it’s really quite cathartic.

4 thoughts on “Give us this day our daily rant”