Having recently become aware of the existence of 0% balance transfer credit cards (yes, I know, I have apparently been living in a cave for most of my adult life) I decided (obviously) to apply for one. After doing my research (thanks Money Saving Expert) it seemed the Royal Bank of Scotland’s 24 month 0% transfer card was the one for me. I duly went online to apply. Halfway through the balance transfer process, however, my computer crashed, and so I thought I’d wait for the card to arrive before trying again. Two weeks later the card still hadn’t arrived, and when I called to find out why it transpired there had been a problem with Royal Mail (naturally) and it had been returned to sender. They dispatched another card, which did arrive. All well and good.

Fast forward to this morning, when I called the Bank of Scotland to arrange the balance transfer. The woman in the activation team was very friendly and took all of my details before transferring me to a man in the balance transfer team. He was very friendly too, until he got to the final screen and saw an error message on my account. I explained the issues I’d had with the computer crashing when I initially applied and then the first card being sent back. He informed me he would have to transfer me to another team who would be able to unblock the card and complete the transfer. The next lady was very friendly too. She talked me through all of the same details and security questions, reassuring me she would absolutely be able to help – until she too came up against a block on the final screen. Cue five minutes on hold as she talked to yet another specialist team to try to remove the block. THIRTY FIVE MINUTES after I called the premium rate number, about two seconds before my brain exploded from the ear-bleed-instigating hold music, she informed me they couldn’t remove the block and, essentially, were unable to help me.

Clearly after wasting over half an hour on the phone to these cretins I was not going to take this lying down, and nor did I. When this fact became obvious to the woman on the end of the line she duly transferred me to another team (what a wonderful chance to further improve my social skills, thought I!), who tried to appease me by offering to refund the cost of the call. Eventually, after further perseverance, I was transferred to the fraud department, who asked me all the same questions I’d already been asked plus another set to make sure I was who I was claiming to be. Finally (finally!) I was told the block had been removed, and I was free to arrange the transfer – except it couldn’t be done on this call because it would take a further fifteen minutes to action the request to remove the block so COULD I CALL BACK?????

In truth I’ve been so traumatised by the experience that yet another day has passed transfer-less. Now I know how footballers feel… 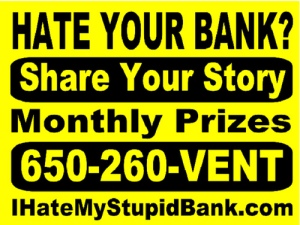