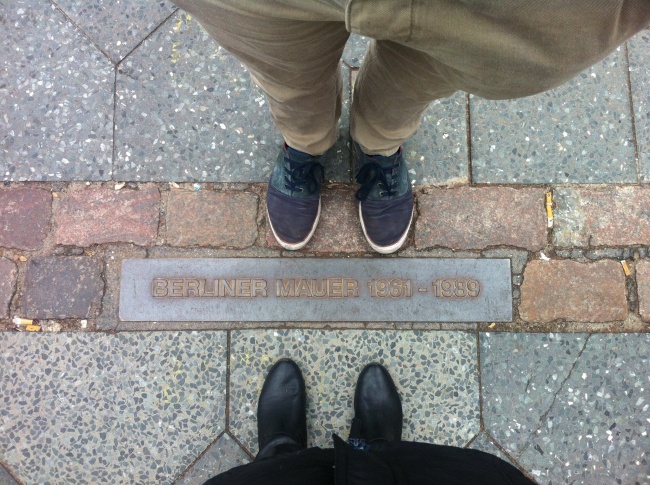 And so to Berlin, a city so steeped in history as to ooze it at every turn. I remember learning about the Cold War and the Holocaust at school, but actually being in what was the epicentre of such enormously significant historical events is powerful in the extreme. The Holocaust memorial and museum moved me to tears-it’s just so hard to comprehend that such evil can exist in the world.

On a less serious note, the Germans may be famed for their efficiency, but one thing that is woefully lacking in efficiency is the system of pay as you go bicycles. It took five grown adults four attempts to successfully register using the terrible touch screen ‘technology,’ but in the end we did manage to liberate some bikes and cycle around the city for an hour, before stumbling across an Oktoberfest bar and settling in for a few steins of beer.
Berlin is such a fun and vibrant city with a huge amount to see and do. One weekend just isn’t enough to fully appreciate all it has to offer. Which just means I’ll have to come back-no great hardship 🙂