It’s been five months since the end of my ‘write every day of 2013’ challenge and I can feel myself drifting. The desire to write – to be a ‘writer’ – has never been stronger, but when I do sit down to write it’s piecemeal, and my attention dots around from short story to novel to sitcom script (this latest addition being the result of my signing up for an eight week sitcom class with the City Academy) like a bee collecting nectar in a flower field. It seems I’ve lost my focus, or my confidence, or both.

I miss the halcyon days of being involved in writers’ groups, both online and in the ‘real’ world. At their best, they offered valuable critique, support and – above all else – comfort that other people were in a similar situation and going through the same painstaking process. Just knowing that others in the group were feverishly beavering away at their works-in-progress was enough to encourage me to do the same, and my output in the early years of my involvement in such groups was impressive.

At their worst, however, I found writing groups to be time-wasting (when you’ve spent two hours critiquing someone else’s work only to find they don’t have the common decency to critique yours in return it makes you wonder whether you should have spent the two hours working on your own writing instead), demoralising (for the same reason) and, well, downright sad (one woman started coming to every meeting with a clutch of business cards and invites to her latest ‘launch’ event – despite the fact she had self-published her book because no publisher in their right mind would print her terrible, clunky prose. I knew when I began to dread hearing her read her latest excerpt that it was time to leave that particular group for good, although I did so with a heavy heart).

My one remaining solace is being a member of a private writers’ group on Facebook, where many of my ‘old’ online writing buddies have also migrated. A lot of them are published now, and I have nothing but admiration for them. I also know the reason they are published and I am not comes down to one primary factor: Resolve. They have not allowed pithy excuses like having too little time to write (my personal favourite) to stop them from doing what runs through their blood. No. They have made the time to turn their works-in-progress into works-in-print, and in doing so have set their creative spirits free to soar into the literary galaxy and beyond.

At this juncture I am therefore teetering on the precipice, knowing in my heart I cannot bear to let another year of writing promise slip through my fingers like the sands of time. And the obvious fact that’s been staring me in the face is only now making itself plainly and uncompromisingly clear: The ONLY way to overcome procrastination, writer’s block and crippling self-doubt is to WRITE: EVERY. SINGLE. DAY. Not necessarily on my blog but somewhere, and for a minimum of an hour each day. Only then will I earn my wings to fly. And, make no mistake, fly is what I absolutely intend to do. 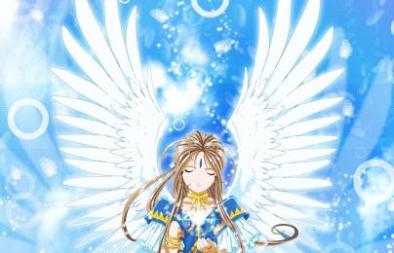