Last night, before bed, I found myself engaged in a discussion about the nature of the universe, how humans (and the world as we know it) came to be, and what, if anything, happens after we die. This wasn’t light subject matter for a Sunday evening, and I must confess that, as fascinated as I am by the incredible phenomenon of our existence, I am, in equal parts, utterly terrified by it. My partner and I are at opposite ends of the spectrum where explanation of our existence is concerned – he takes an entirely scientific view and has no belief in a greater being or purpose. As far as he is concerned, therefore, when humans die, we cease to exist. There is no Heaven, no Hell, no reincarnation, not even, as Buddhist philosophy posits, a higher, purer form of consciousness that our ego-less selves return to. There is just nothing, until sometime in the far distant future (or perhaps not even future, since quantum physicists believe that time itself is a construct of our tiny minds because they are not capable of perceiving more than three dimensions – I won’t even begin to go there) another Big Bang-type event occurs and gives rise to another civilisation like ours – as has, statistically speaking, most likely happened before, and will continue to happen, ad infinitum. Whilst this argument fascinates me, it also makes me feel so entirely insignificant that it makes me want to cry. In fact, I’m embarrassed to admit that last night whilst having the conversation I actually did cry, quite suddenly and without warning, and purely as a result of the stabbing terror that accompanied the mere suggestion there is nothing more to this life, that we are but a happy (some might not use that word) ‘accident’ of the universe.

I was brought up in a family with religious beliefs, and if pressed I would say that I still sit more on the side of there being ‘something out there’ than not, though that’s not to say I would currently classify myself as a practising Christian – far from it. Whilst I completely appreciate the argument that religion is merely a construct of the narrow human mind in an attempt to comfort itself about the impending nothingness after death and the relative obscurity and pointlessness of its existence, I don’t entirely buy it. Maybe that’s precisely because my own narrow mind is so terrified that it has adopted that default position. But somehow I just feel so deeply and intrinsically certain there is more to this puzzle than we are capable of understanding – more than even science can explain. I don’t believe in the notion of a white-bearded God who sits atop a cloud, nor do I believe in a red horned Devil stoking the fires of Hell. If anything I’m more inclined to align myself with the Buddhist idea of losing our egos and returning to one consciousness – as frightening as it is to think of losing that part of myself that makes me unique, I think I can buy into the concept of enlightenment and acceptance of what is, what has always been and what will always be. I might even be convinced to some extent in reincarnation, and living other lives as a pathway to higher states of enlightenment. I certainly believe in the existence of ghosts – whether they are really the spirits of dead people or rather the imprints of those people due to some kind of space/time lapse or interference I’ve (obviously) no idea. But now I’m really going off piste.

If you’ve read this far the chances are you think I’ve gone quite crazy. And maybe I have. But isn’t it important for us to think about the nature of our own existence? As tempting as it is to put it in a box labelled ‘too scary’, isn’t it a good thing to question why we are here and what happens once we are no longer? It’s certainly a topic that is playing more on my mind with advancing years (as well it might, for obvious reasons).

I said I’d make February a month for mindfulness, and this topic seems a good place to start. This morning I listened to the Inner Fire guided meditation from the Chopra Centre, which focused on accepting change. At the end was a one minute poem, and it was highlighted that one minute is all it takes for the blood in our circulatory system to pump around the entirety of our bodies. Isn’t that amazing? In a single minute we essentially change completely on a cellular level. Last night my boyfriend held my hand up to the light to draw attention to the red hue fingers have in such a situation. He pointed out that redness was the iron in our bodies – iron that was created in the Big Bang, and which was but one of many incredible ingredients that make up what we are. This blew my mind, to some extent, but also fascinated me. We are such complex beings and this universe is huge beyond our comprehension. Isn’t it important, therefore, that no matter what lies ‘beyond’, we make the most of every second that we exist, in this context and in this realm of consciousness?

I will finish this somewhat existential blog post with a fascinating story one of my friends re-posted (somewhat coincidentally) on Facebook today:

In a mother’s womb were two babies. One asked the other: “Do you believe in life after delivery?” The other replied, “Why, of course. There has to be something after delivery. Maybe we are here to prepare ourselves for what we will be later.”

“Nonsense” said the first. “There is no life after delivery. What kind of life would that be?”

The second said, “I don’t know, but there will be more light than here. Maybe we will walk with our legs and eat from our mouths. Maybe we will have other senses that we can’t understand now.”

The first replied, “That is absurd. Walking is impossible. And eating with our mouths? Ridiculous! The umbilical cord supplies nutrition and everything we need. But the umbilical cord is so short. Life after delivery is to be logically excluded.”

The second insisted, “Well I think there is something and maybe it’s different than it is here. Maybe we won’t need this physical cord anymore.”

The first replied, “Nonsense. And moreover if there is life, then why has no one has ever come back from there? Delivery is the end of life, and in the after-delivery there is nothing but darkness and silence and oblivion. It takes us nowhere.”

“Well, I don’t know,” said the second, “but certainly we will meet Mother and she will take care of us.”

The first replied “Mother? You actually believe in Mother? That’s laughable. If Mother exists then where is She now?”

The second said, “She is all around us. We are surrounded by her. We are of Her. It is in Her that we live. Without Her this world would not and could not exist.”

Said the first: “Well I don’t see Her, so it is only logical that She doesn’t exist.”

To which the second replied, “Sometimes, when you’re in silence and you focus and you really listen, you can perceive Her presence, and you can hear Her loving voice, calling down from above.” – Útmutató a Léleknek 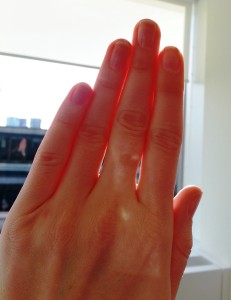