Today I am tired: dog-tired. Lately I’ve been burning the candle at both ends and the outcome is not pretty – bad skin, concentration span of a gnat (not intimately knowing their cognitive capabilities, I acknowledge this may be unfair to gnats) and the general feeling that I am clinging to my raft on the fast-flowing river of life by the tips of my fingers, with only moments to spare before I fall off and am pulled beneath the murky depths (that last bit was the hungover melodrama speaking, best to ignore it).

But today four things happened that snapped me out of the downward-spiralling torrrent of my own selfish emotions:

Too often we let our minds wander, thinking of all the paths we could go down but failing to take even the first step along one of them. Fear is a paralysing force, and a toxic one. So many of us stay in the trap our fearful minds have set for us, instead of facing our fear head on and saying, you know what? I’m not falling for this. Not again.

Collectively, as Sapiens (I urge you to read that, by the way, it will change your perspective on everything), we’re not doing that great a job of things: segregating ourselves by our countries of origin and religious beliefs, killing our planet, killing one another. But individually we can still make a difference. For all our faults, we humans have such capacity for kindness, for love, for hope. Even in the Jungle, where those awful fires are burning and people’s future is so uncertain, people are dancing. I’m sure those very people could teach the rest of us a lot about what it means to be happy, and how little we really need to find happiness, and peace in our hearts.

As Prince Ea says in his video, you cannot go back and make a new beginning. But you can start now, and make a brand new ending. It’s not too late to change ourselves, or to change the world. All it takes is courage: to feel our fear and do it anyway. I don’t know about you, but I plan to do exactly that. 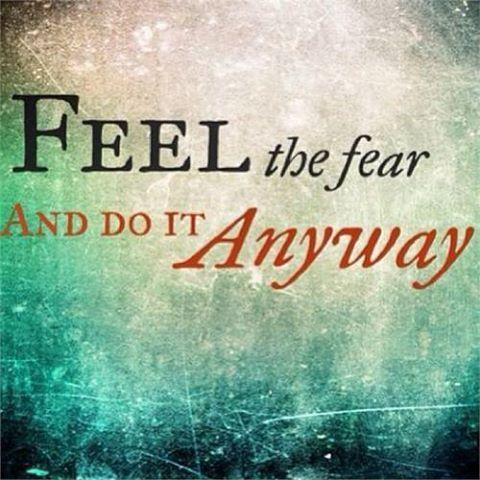 I’ve been fascinated by tattoos for as long as I can remember; intrigued by the stories they tell, by their boldness and their permanency. I had my first one done around the age of nineteen, and whilst I can’t say it was the most profound of experiences (if I recall correctly I’d imbibed at least two pints of cider after a university lecture and had dragged my reluctant friend to the tattoo parlour with me intent on getting a dragon on my hip, but when we got there and they didn’t have any dragons in the book I opted for a four leaf clover instead – lucky I’ve never regretted it. But then, how can you regret luck?), it set me on a path of discovery that I’m very much still following today.

Each tattoo since that first one has held more emotional significance. The second, a literal translation of ‘inner strength’ into Cambodian script on my lower back, was done after a long term relationship ended badly in 2007, and I wanted to mark the start of my recovery by remembering the happy time I had spent alone in Cambodia before news of my ex’s infidelity broke. The next one came along after a stint of travelling in 2011. Written in English on my foot, it is the last line of a Buddhist prayer (‘May all beings be free), the full version of which my parents kindly gave me as a talisman on a necklace before I commenced my travels. On that trip I had a magical experience with a green turtle whilst diving in the Perhentian Islands off the coast of Malaysia, which I felt was relevant to the last words of the prayer (and hence also to the meaning of the tattoo). I also happened to meet the person I sincerely hope to spend the rest of my life with, who makes me feel more free to be myself than anyone I’ve ever known.

And then there’s the newest addition to the tattoo clan. I’ve been toying with this one for a while, and it’s been particularly difficult because it is related to the thing I’ve struggled most with for the majority of my adult life: Writing. Some of you may know I went part time a year ago to focus more on my writing, but due to a severe lack of discipline on my part, ‘success’ (whatever that means) hasn’t materialised in quite the way I’d hoped it might. So I’ve recently decided to take off some of the pressure, to try and write ‘for love’ instead of fame and fortune. And to help me both with my writing and with the new transition I’m about to make to life as an expat in Brussels with my partner, I decided one more tattoo was appropriate – this time the unambiguous word ‘Believe,’ written as if by a feather quill, which is also included in the design, and which stretches over onto the top of my arm.

I’m sure none of my tattoos will be to everyone’s taste, but all that matters to me is that they are to mine. Not only that, each one (with the exception of the clover, but I love it nonetheless) marks important stages in my life – beginnings, endings, declarations of hope. Each to their own, I say. Maybe I will be embarrassed by them one day, when I’m old and wrinkly and they no longer look as good as they once did. But, like my wrinkles, my tattoos will go to the grave with me, and they will tell the story of adventures, of love, of aspiration: They will tell the story of a life well lived.