Having just finished watching the final episode of my latest favourite programme, Breaking Bad (several weeks late to the party as per usual), I can report that the season five finale did not disappoint.

But whilst I’m sad to say goodbye to what has truly been eighty hours (eighty hours! Just think of all the useful things I could have been doing! Like writing decent blog posts for a start) of viewing pleasure (and sometimes also pain), I’m also rather glad to be getting my life back.

You see, between working, writing, training for a marathon and planning an imminent holiday there just aren’t enough hours in the day to spare for televisual pursuits. Which is why it’s just as well this particular pursuit has now come to an end – and a good job the next one (season four of Game of Thrones) doesn’t begin until the Spring…. 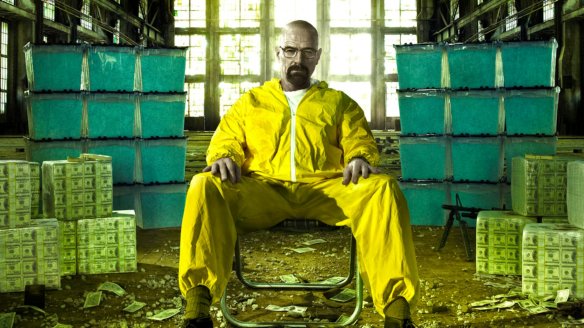 Television addictions: We’ve all had them, right? Whether it’s historical programmes like Downton Abbey, murder mysteries like Broadchurch, supernatural thrillers like The Returned or epic fantasies like Game of Thrones, in the world of television series there really is something for everyone.

My current television addiction is Breaking Bad. As with previous TV obsessions – 24 and Lost being but two examples – I’m somewhat late to the party, only now reaching the final series when everyone else watched it several weeks ago. But irrespective of the timing, it’s true to say that once I’m into a programme it becomes an integral part of my life, and I can’t stop until it’s finished – simple as. That’s why I rarely, if ever, allow myself to watch more than one television series at a time. I learned from the first two series of 24 during my university years that it’s not socially acceptable to hole yourself up in your room for eight hours at a time and miss out on social engagements (most notably good friends’ birthday parties – but shhh, I didn’t admit to that) because you’re so desperate to find out what happens next in the programme you’re watching that real life pales into insignificance.

And yet there’s something deeply satisfying about following a programme you enjoy, watching the characters as they grow and develop and observing the plot as it twists and turns in exciting and hitherto unforeseen directions. It’s much the same as being absorbed in a good book – a form of escapism, entertainment at its best.

Now if you’ll excuse me, I’ve got episode eight of the final series to watch… 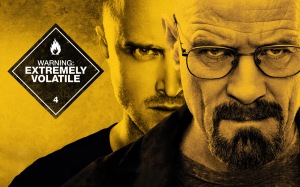 Much as we may hate to admit it the signs are becoming increasingly harder to ignore; daylight hours are waning, the sun is slowly starting to retreat out of our reach and there’s a desperate aura surrounding the pavement drinkers that says that they know their outdoor drinking days are numbered. In the words of my beloved Game of Thrones (the most amazing TV series since 24, for those of you who may not be familiar with it and have clearly been living beneath a rock for the past year): Winter is coming.

It’s not as if we can bemoan the lack of decent summer weather this year, though as a nation of moaners I’m sure many people will. After last year’s wash out the past few weeks have been almost entirely pleasant – we’ve even had a mini heat wave for goodness’ sake! (Bless). You can’t say fairer than that, eh? And so as the nights draw in we must accept the fact that no matter how well the weather gods treat us, the summer season will never feel long enough.

There will never be enough days spent languishing bare-legged and brown-skinned in the park, or sipping cocktails on a rooftop at the many pop-up bars that spring up like rabbits as soon as there’s a hint of summer blooms scenting the air. We will never eat enough ice cream (FACT), nor spend enough time building sandcastles on British beaches like we did when we were five years old. We will never have our fill of wandering by the river on a hazy summer’s eve as the sun starts its unhurried journey towards the horizon, pulling a veil of pink across the sky.

It’s true that winter creeps up like a thief, wrapping its cloak of darkness around our shoulders almost before we know what is going on. But lest we complain about the changing of the seasons we should remember the positives that each season brings. Winter may be cold and dark but it also offers cosy nights in pubs drinking mulled wine, and even cosier nights in sipping on hot chocolate. It also boasts the accolade of being the festive season, which brings families together and puts delicious food on the table. So you see, it shouldn’t be feared but rather embraced.

The changing of the seasons is Mother Nature’s way of showing us just how wonderful this world we live in really is. Granted, the seasons in this country tend to be particularly harsh, but if it was always summer and never winter would we really appreciate the summer as much as we do? What would we have to grumble about then? 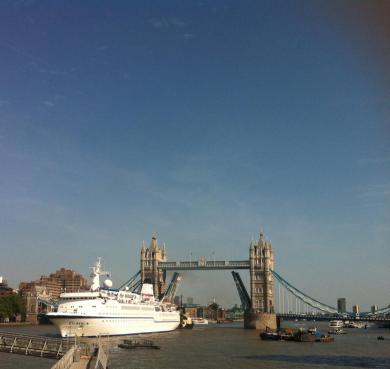 Tonight I’ve been invited to my best friends’ place to watch the season finale of Game of Thrones (for the second time) and have dinner. But this will not be just any dinner-oh no. This will be a dinner fit for a king-quite literally, since the daft/ingenious pair of them have decided to create a Game of Thrones-themed dinner. One is doing main course, the other dessert. The latter of which, I’ve been reliably informed, will be nothing short of a triumph if it goes to plan, but if it goes wrong – and here I quote aforementioned friend – “I’ll look a bit of a twat.”

We three are not alone in our hysteria for the historical drama that’s taken the country by storm. I myself came to the party rather late, but through sheer diligence and the downloading assistance of my boyfriend (himself watching for the second time) have managed to catch up on all three series in under a month (if only I were that productive in all the other aspects of my life. But I digress).

I’ll admit that TV dramas have taken a back seat in my life in recent years – the last time I got really excited about one was when 24 first came out, when I’m ashamed to admit I failed to attend a friend’s birthday party in order to complete a marathon viewing session of 12 back to back episodes – but if this one’s anything to go by I might just have to make some space in my life to fit them back in.

Why? Because a good TV series is like a good friend-you stay by its side in good times and bad, sharing the highs and commiserating over the lows. You look forward to seeing them and can’t bear the thought of being parted. Which is why the end of a series can feel like a death (especially if-shock, horror, it’s the FINAL series), and can leave you feeling quite bereft. Or, in some people’s cases, feeling inclined to do a spot of historical baking. I shall report back… 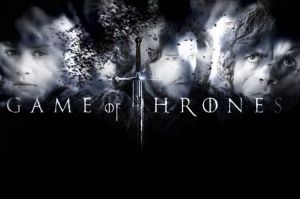