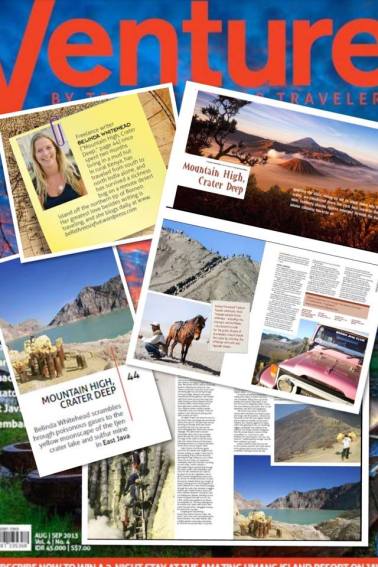 This week my first paid commission as a freelance writer has come to fruition – in the August issue of Venture Travel Magazine – and I have to say it feels amazing to finally see my name in print. More amazing, in fact, than I’d dared to imagine, and all of a sudden I feel a renewed sense of enthusiasm and purpose where my writing is concerned that in recent weeks and months had begun to dissipate.

Much as my inner critic would like me to believe I’m not good enough to be a ‘proper’ writer, and my monkey mind would have me swinging endlessly from one type of writing to another (never able to decide which one to pursue and therefore never pursuing any at all) this little victory tells me my writing is good enough, and that the only person blocking the path to success is me.

My beautiful friend Emma Charlotte Bridget Bailey, who is getting married next weekend and who, as coincidence (or fate) would have it I also happened to meet on the same travelling adventure as the one from which my article for Venture Travel Magazine was gleaned, sent me this quote today as encouragement to keep going with my writing:

There is a tide in the affairs of men.

Which, taken at the flood, leads on to fortune;

Omitted, all the voyage of their life

Is bound in shallows and in miseries.

On such a full sea are we now afloat,

And we must take the current when it serves,

Or lose our ventures.

“Ride the wave and see where it takes you” was Emma’s advice, and I see no reason whatsoever not to take it 🙂 xx

This afternoon I accompanied two senior members of my charity’s youth-led consultancy board (a group of Teens and Toddlers graduates who now help other young people to continue their personal and professional development, as well as themselves being helped by the charity on an ongoing basis through initiatives like corporate mentoring, work placements and signposting to relevant opportunities) to the Hackney University Technical College in order to do some filming for an exciting new youth initiative (which we’re not yet at liberty to discuss in the public arena). [As an aside, one of the two people I went with also now happens to be my colleague, which goes to show what a great job the charity does in helping young people to develop!]

The filming was coordinated entirely by year 10 students, and it was so incredibly inspirational to see how professional and focused they were, from the cameraman to the interviewer and everyone in between. What I personally found particularly uplifting was watching our young people talking to the students about how the charity had helped them, and seeing how enthusiastic they all were about this project and the prospect of working together in the future.

There will always be the odd down day in any job, but if ever I needed a reminder why I do this job it was this afternoon’s experience. This kind of frontline interaction is exactly what I’ve felt was missing in my previous jobs, and it’s both a privilege and an honour to be able to work closely with such fantastic young people on a regular basis.

Anyone with doubts about the future of today’s youth need only look to our YLCB and the Hackney UTC students to see there’s still so much to be hopeful about. Far from being a lost cause, on the basis of what I witnessed today we have every reason to be proud of the younger generation. Many of them are the leaders of tomorrow, and I have high hopes they’ll achieve great things. 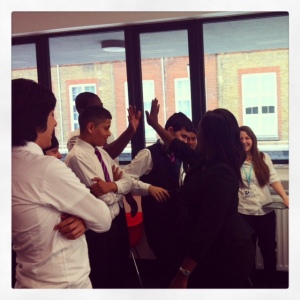 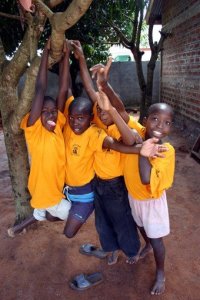