No matter how well you know that life with a baby is one phase after another, it’s hard to think rationally when you’ve been woken up at 3am three days in a row and your normally sweet tempered baby has turned into a raging ball of fury due to teething. Off the back of weeks of illness the past few days have been a bitter pill to swallow, and if I’m entirely honest there have been moments when I’ve genuinely questioned my ability to do this parenting gig. Fortunately such moments pass quickly (everything is just a phase after all), and other moments come along to remind me what an amazing little person I’ve helped bring into the world, and why it’s all so worth it. Like yesterday, when we got out in the sunshine and went walking on Hampstead Heath, and C tried his first dairy free ice cream (damn allergies). Funnily enough the real turning point in this latest low patch occurred after yesterday morning’s horrific poonami episode as we were rushing out the door to the doctor. As I stuffed C’s poo-filled (I kid you not) trousers hastily into the nappy bin, deeming them too far gone to save (much as I consider myself to be these days) I realised in that moment I had the choice of laughing or crying. And as I’d done quite enough crying up to that point I chose the former. Turns out it was the best decision.

Since yesterday’s turning point I’ve felt considerably better. I’m sure the sunshine is playing it’s part, but what’s really made the difference is doing some exercise. When the baby is ill and in hospital/off nursery I go stir crazy being cooped up inside, although I don’t always make the connection with needing to exercise until I’m entrenched in another slump. Yesterday, thanks to various appointments, I ended up walking for two hours, and by the end of the day my mind was so much calmer and clearer. Today after dropping C at nursery (finally back to nursery! Praise be!) I went to my first spin class in what I worked out must be six years. I’ve been doing Yoga, Pilates and Body Balance classes semi-regularly for the past few months but have yet to bite the bullet and get back into cardio. Needless to say I was terrified beforehand and pretty close to requiring hospitalisation afterwards (God help me tomorrow when my body’s had a chance to process what I did to it), but there’s no denying the endorphins that have lain dormant for so long were firmly kicked back into action. Exercise is vital for keeping a balanced perspective, it really helps to prevent a negative mind spiral.

Another thing that has helped to lift my mood has been finally submitting my university extenuation claim. It’s been tough seeing my fellow students approaching submission day (which was yesterday), knowing I couldn’t hope to make the deadline. For a while I convinced myself that maybe I could, but last week’s illness and nursery absence was the nail in the coffin. I have therefore been vigilant in collecting all the supporting evidence that I could to give my claim the best chance of success. Now I’ve finally sent it I feel a weight off my shoulders. I’m still pushing myself to complete it way ahead of the September resit deadline, but at least now I’ve accepted I need more time and can relax a little and give myself a break.

All in all I’m worn down but not defeated. This crazy ride called parenting ain’t getting any easier, but somehow I’m finding the reserves to ride out the rough patches and keep my sanity (just about) intact. Every day that goes by I have more respect for my own mother and all the other mums out there, especially those with more than one child, and/or with children who need extra help and attention. Until you are a mother you cannot comprehend the magnitude of the task; the endless demands, the sleepless nights, the sheer relentlessness of the responsibilities laid out before you, not to mention the fact all of this is FOR LIFE, or at least until your child/ren leave/s home. Then there’s the constant fight for your identity, the longing for freedom and fun and carefree, lazy days. You could actually kick your pre-baby self for not appreciating how much time you had to do as you pleased. But on the flip side, having a child changes you in profound and meaningful ways. It makes you less selfish, more thoughtful, more organised, and it brings moments of such pure and unadulterated joy you could hitherto only have imagined. So, on balance, I’ll take the lows if it means I get to keep the highs. That said, I’d sell a kidney for a decent night’s sleep. Any takers for a sleepover with a nearly one year old tonight? 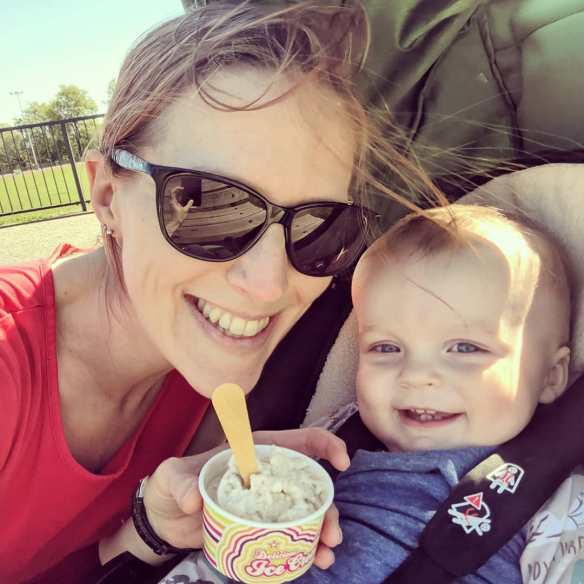 “What a beautiful day for a wedding!” Aunt Marjorie says as she scurries into the lounge, a tiny human tornado comprised almost entirely of cobalt blue feathers and taffeta. “Where’s your sister?” she says absent-mindedly, scanning the menagerie of balloons, cards and flowers that scatter the living room like fallen soldiers. The scan finally complete, she rests her eyes on me and gasps. “Lucinda! Why aren’t you ready? The car will be here in fifteen minutes!”

Before I can proffer an answer Mum comes down the stairs; my guardian angel. Though the sisters share physical similarities they are fortunately where the similarities stop. Where Marjorie is more highly strung than a ball of string, Mum takes a more relaxed approach to life, though I suppose with a husband as laid back as Dad she hasn’t had much choice about that. “Marjorie,” Mum says, “the girls aren’t too far off being ready. Why don’t you sit down and I’ll make a nice cup of tea?”

Making the most of this temporary distraction I slink out of the room and begin to climb the staircase, wincing at the squeals of laughter coming out of my sister’s bedroom. Alice, you see, is everything I’m not. Tall, blonde, disquietingly beautiful and clever – an A grade student whose ambition is matched only by her sickeningly loving nature. Don’t get me wrong, I love my sister with all my heart. I just don’t always like her very much. I mean, when the genes got handed out couldn’t the Big Man have given me something? A runner’s up prize of good hair, for example, or nice nails? Instead I got frizzy brown hair, stunted growth and freckles. It’s hard not to feel jealous. Except…

But it’s not my looks that have been the problem. I’ve never had a shortage of boyfriends. They like the elfin look, you see, and I’ve mastered it well. I’ve learned over the years how to make the most of what I do have – a big bust (deep V-neck jumpers go down a treat), long eyelashes (voluminous mascara) and doe eyes (smoky eye makeup sends the boys wild). No, my looks have never been the problem. What’s wrong with me is my personality, or at least that’s what I’ve been told all of my life. Why are you so ungrateful, Lucinda? Why so rude? Why can’t you be clever like your sister? Why can’t you be kind like your sister?

Growing up in the shadow of perfection isn’t easy, but I coped with it as best I could. Sure, I ran wild, but why not live up to the expectations? They were going to think the worst of me whether I went that way or not. But even they don’t know the worst thing that I did. No one can ever know that.

I walk into my sister’s bedroom, still kept as a shrine to her teenage self with her ballerina jewellery box on the dresser and boy band posters on the wall. When I moved out our parents turned my room into a guest room without even asking. Alice sits in the middle of the bed, flanked by her three bridesmaids who are fussing with her hair, her makeup and her jewellery in turn. She turns as I come closer and flashes a megawatt smile. I smile back, hoping she won’t notice that it doesn’t reach my eyes.

An hour later the cars pull up outside the church and we climb out – my sister and her bridesmaids in the Rolls Royce, me, Mum and Marjorie in the taxi behind. The bridesmaids make last minute rearrangements to Alice’s dress as we make our way into the church. As soon as I cross the threshold a wave of nausea washes over me and I hold on to the doorway to steady myself. Mum looks over at me, and in the second that passes whilst locked in her gaze I realise that she knows.

We walk down the aisle to the front pew and take our place with the rest of the family. I’m suddenly conscious of how tight my red dress is, how inappropriate for a wedding. Why did I wear it? Couldn’t I just have let Alice have the limelight for this one day? But I know why I wore it, and as I tug at the hemline and he turns around I feel I might faint.

Taking his cue the congregation turns to get its first sight of the vision in white lace that is my sister. She wafts in as if on a cloud, her arm loosely draped through Dad’s, tendrils of her hair falling lightly over her softly rouged cheeks. She beams at her groom as she processes towards him and takes her place beside him. But as they turn towards one another to proclaim their everlasting love, he shoots an almost imperceptible look into the crowd that says what I already know.

It should have been me. 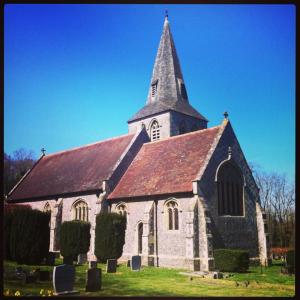